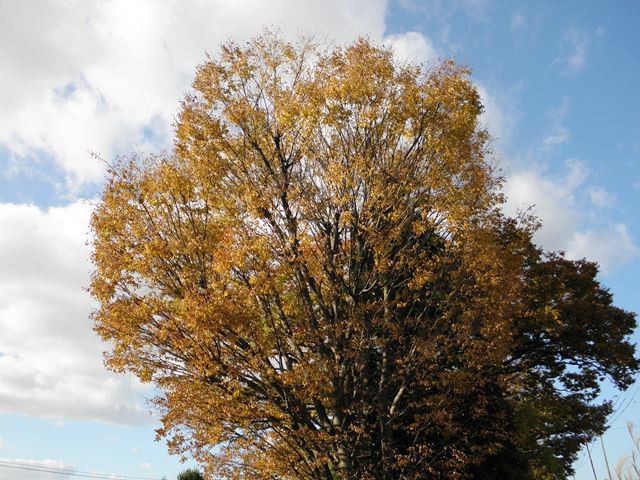 Walking along a river bank, I saw a big tree near a Japanese Shinto shrine “Jinja”. 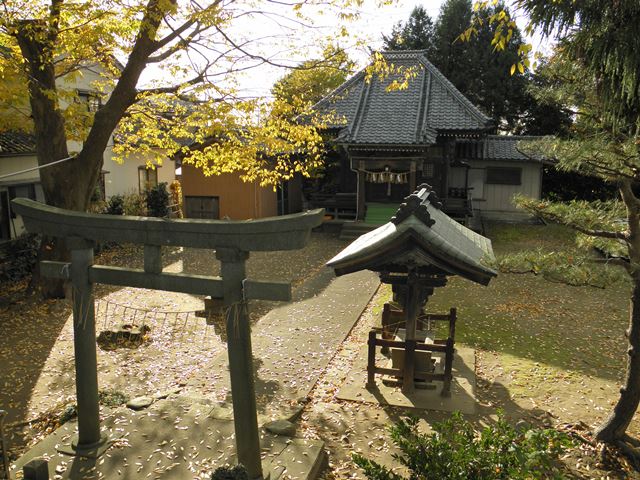 In this small rural town in suburb of Niigata, there are several Shito Shrines like one in each village. It is interesting that most of those shrines are located near to the river bank. This one is relatively small. But an old person was cleaning fallen leaves at the shrine when I walked by there. I guess many people in the community have believed this shrine from the old times.

November is the month of Chrysanthemum. In Japan, schools have a cultural festival on November Third. When I was a kid, I saw many chrysanthemum flowers in classroom in the day of that festival in the elementary school. It was a contest. There were many people in this town, whose hobby was growing big flowers of chrysanthemum. I am just wondering if such a hobby is still popular or not. Because it was more than forty years ago when I saw a lot of chrysanthemum flowers contested for their beauty in the festival. Now is the time of 21st century, people are busy for anything IT or whatever, efficiency and effectiveness on time and cost are most important even in people ‘s daily life. So my question is whether or not people have time to grow chrysanthemum as leisure in their free time .

Oh, by the way, chrysanthemum in cultural festival competition is the different kind from the photos that I show you here . Those are like one big flower on the top. Chrysanthemum in these pictures doesn’t need much care if not nothing. Their underground stems make buds in every spring, and bloom in fall without much care by people. 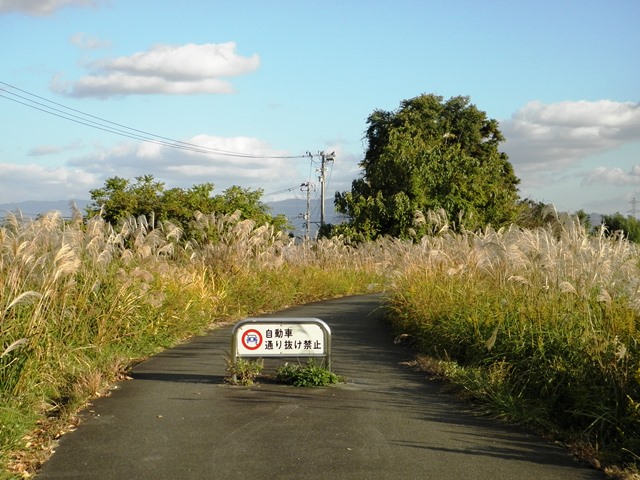 A path on the river bank. Many places of Japanese soil was intruded and covered by yellow flowers of tall goldenrod that came from north America. You can see their yellow flowers anywhere in this time of the season. But it seems that Japanese pampas grass “Susuki” is still surviving on this river bank.

Yellow ginkgo tree in front of another shrine.

A lot of persimmons are left on the tree.

Sparrow s are anywhere , but it is very rare to see a white-eye bird.

They are eating persimmons!

Does it taste sweet?

I walked down to the river. It was used to be a landing place for a boat. I guess that water transportation was common in Niigata plain area in the old times.

Standing by the river and seeing just water surface make me feel good. The mountain behind is often appearing in my photographs. That is Mount Sugana in Gosen-city.